It was smiles all round as we held an Opening Ceremony for the newly refurbished Pavilion changing rooms at Wharfemeadows Playing Fields.

The event, which echoed the partnership working which has made the refurbishment possible for the local community, saw students from Prince Henry’s playing football, practising cheerleading and leading activities for younger children alongside Otley Town Junior FC training, Otliensians Ladies Hockey and representatives from the Sports Chevin group.

Otley Town Mayor Cllr Mary Vickers cut the ribbon to open the pavilion, cheered on by a crowd of over 150 young people. Prince Henry’s Headteacher Janet Sheriff was alongside the Town Mayor, with Richard Davies, from Sports Chevin, Cllr Ray Georgeson of Otley Town Council and Mayor’s Consort Jim Spencer.

The refurbishment has been made possible by grants from Otley Town Council and the National Lottery Awards for All, with parents and sports clubs joining in to help with painting. Local firms, such as Manor Coating Systems, have donated some materials, while local contractors have been working hard alongside the school’s Site Team to make sure that the project could be realised.

“This really has been a community effort to improve this facility for the local community.” said Janet Sheriff. “The support from Otley Town Council and the National Lottery is an invaluable resource and the way that local clubs and businesses, parents and carers and Sports Chevin have rallied round to support our efforts had been lovely to see. We are looking forward to our students and visiting teams being able to use the Pavilion in comfort and to local clubs getting in touch about playing at Wharfemeadows.”

“This is a prime example of the value of partnership working. The Otley Neighbourhood Plan has highlighted that the overall provision and quality of sports facilities in Otley does not meet the needs of the local community and compares poorly with surrounding districts.  We have relaunched Sports Chevin as a partnership of several key local sports clubs, Prince Henry's Grammar School and members from Otley Town Council and Leeds City Council in response to this, with the aim of developing new, high quality playing and training facilities for, in the first instance, rugby union, football, women's hockey and athletics. Our plan is to develop these incrementally, starting with a number of smaller sites and working towards the creation of a central sporting hub at the eastern edge of town adjacent to the proposed new housing development and relief road".” said Richard Davies from Sports Chevin.

Local clubs who are interested in hiring the Wharfemeadows Playing Fields and Pavilion should get in touch with Pippa McPherson at Prince Henry’s on 01943 463524. 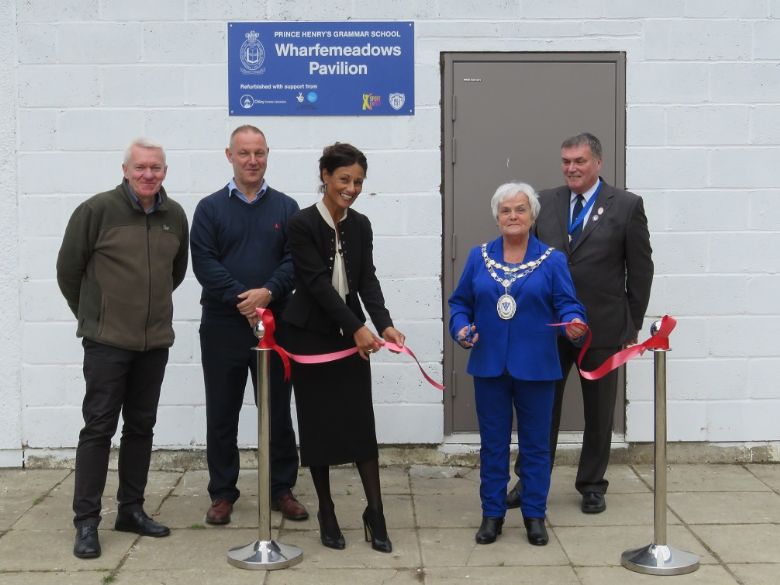