The Otley Family of Schools Living Books Day took place at several venues across Otley. The event involved some 270 young people from the 8 schools across the partnership, with each group of pupils “borrowing” a number of different “living books” - people who live in our local community – hearing stories from their childhood and asking them about their subsequent lives and what has brought them to (or kept them living in) our local area. The theme of the event was “You can’t judge a book by its cover”, and pupils considered issues such as identity, community, diversity and preconceptions. After the event, pupils will draw on the day’s learning to complete some kind of curriculum-based work back in their respective schools.

The event was supported by Otley Welcomes, Otley Library, Otley Town Council, Otley Parish Church and the Chevin Community Centre. The idea comes from the Human Library, an international organisation and movement that first started in Copenhagen, Denmark in 2000. The Human Library challenges stereotypes and prejudices through dialogue.

Charlotte Hunt from Otley Welcomes said “Until we listen to a person’s story, we can only guess what they are like. By encouraging the children to listen and give people a chance they might be rewarded with stories that could make them wiser, make them laugh, challenge their thinking or consider careers that had not occurred to them previously”.

The twelve volunteer “living books” involved in the event were asked to concentrate on their childhood or the early years and think about how the experiences they had at this time impacted on their life - to think back to when they were growing up and how those early experiences made them the person they are today. 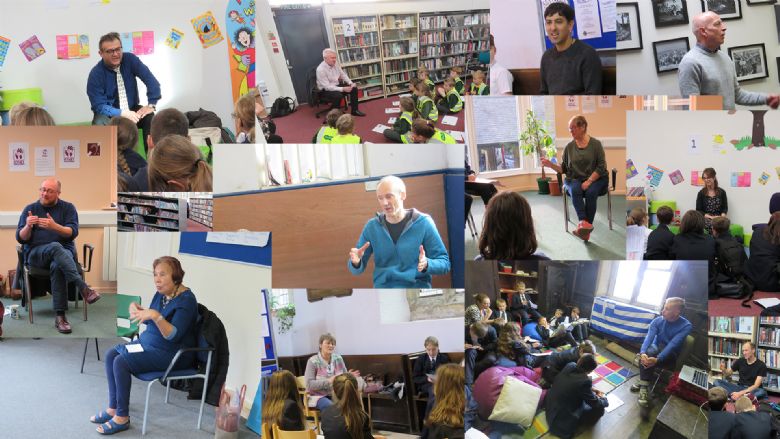