The Mayor of Otley, Councillor Mary Vickers, and consort Cllr Jim Spencer with Deputy Mayor Peter Jackson, came to welcome the students and staff to Otley, alongside Assistant Headteacher: Learning Community, Christopher Lillington, from Prince Henry’s. The Civic Party welcomed the visitors in English and French, before enjoying a brief reception with the visitors in our Sixth Form Quad.

The French group is just one of the groups of overseas students at school this week, as we are also hosting their German and Spanish Exchange partners.

“It’s a very busy week for our language learners and it was a pleasure to welcome the students from our twin town of Montereau. It was a very valuable experience for our French GCSE students ahead of their exams this summer. Hearing the Mayor’s Consort welcome the visitors in French was also lovely. With students from Germany and Spain here as well this week, it is fair to say that Modern Languages are flourishing at Prince Henry’s!” said Assistant Headteacher Christopher Lillington.

With a strong history of language teaching, we are one of the few schools in the area which teaches French, Spanish and German at A Level. 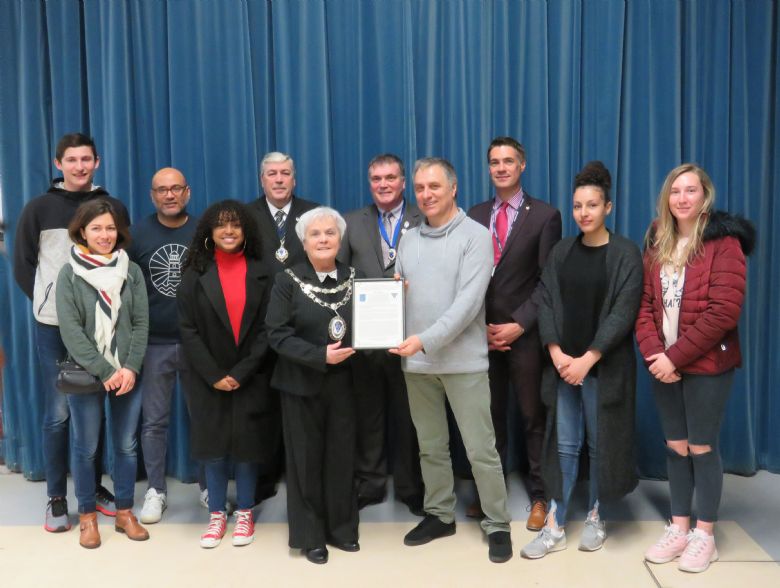