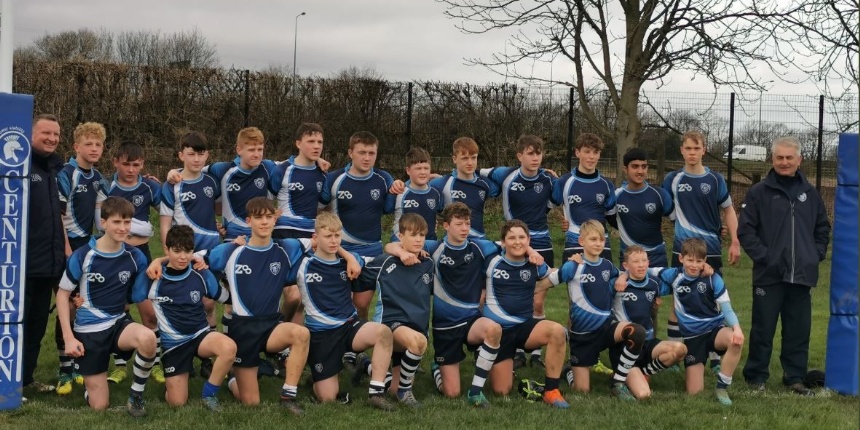 The U14 Rugby Team are celebrating after they won the Yorkshire Cup Final!

The U14 rugby team played against Crossley Heath School in the final of the Yorkshire Cup on Saturday 7th March at Rodillian School. In a nail biting final, PHGS had a small lead at half time and had to withstand a Crossley Health fightback in the second half, but with some resolute defending secured their first Yorkshire Cup Victory. MOM was given to Dale Flowers but all 22 players on the day were brilliant giving everything for the Prince Henry's shirt.