BANDS RAISE THE ROOF FOR CHARITY 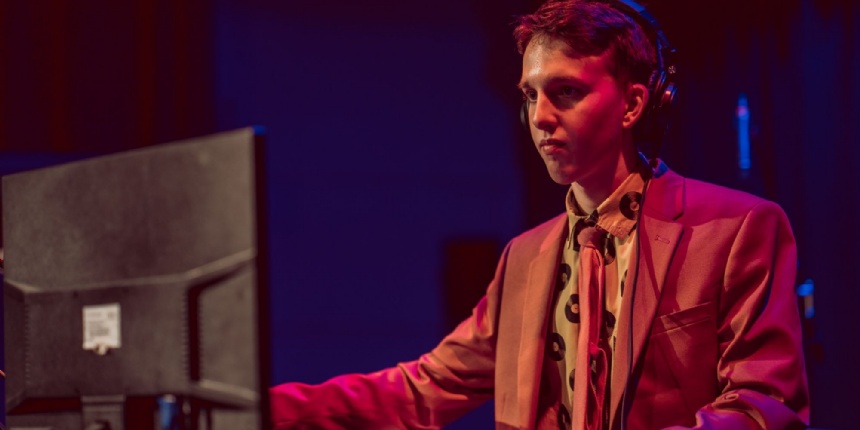 Student bands from Prince Henry’s Grammar School rocked Otley Courthouse, raising over £500 for Martin House Hospice. The evening was a welcome return for the school’s Bands’ Night, an annual event which is held in support of the charity.

Audience members were treated to some stunning performances.

The School’s Jazz Band opened the evening with a fabulous set of songs from Uptown Funk to Ain't No Mountain High Enough. They were followed by DJ Jake Rollinson, who put his own spin on some great numbers, getting the Courthouse dancing away.

Soulful singing and playing from Lilly and Maya followed, creating a beautiful atmosphere with stripped back songs for guitar and solo voice.

As is traditional, the audience also enjoyed the talents of the Manic Creep Teachers, a band created each year from staff at Prince Henry’s. The Staff Band performed a set including Teenage Dirtbag, Mercy, What U Know, Paradise and Lonely Boy, featuring teaching and associate staff from across the school.

The evening ended with a storming set from local favourites, The Kites, performing a mixture of original songs and covers, creating a brilliant atmosphere and an enthusiastic mosh pit in front of the stage.

Otley Arts Scene attended and tweeted “It was a very good night, with loads of talent on display.”

One family in attendance said it was a fun evening: “There was a great atmosphere and it was good to see the different bands, they were really talented and the staff band were a surprise. My children are not particularly musical, but the next day one of them was inspired enough to find an old guitar and practice!”

“It was brilliant to back at the Courthouse with Bands’ Night.” said Chris Smith, English Faculty Leader and event organiser “It is always such a joyful night, with some established bands and some formed especially for the event. The kids are so talented and always put on amazing show, while raising some much needed funds for Martin House. It was really special this year, after the recent two-year hiatus, due to COVID.”

The PHGS Bands’ Night is an annual tradition, which has run for more than a decade, beginning as part of the Martin House Centre Stage competition – a regional competition that led to a final at the O2 Academy in Leeds, with winners invited to play Leeds and Reading Festivals. Although a PHGS band did not manage to win this competition, we had several runners up over the past decade. In that time, over £15k has been raised for the charity and although the Centre Stage competition no longer takes place, the connection between PHGS, young people playing music, and raising money for Martin House continues.

Martin House Hospice cares for babies, children and young people with life-limiting conditions from across West, North and East Yorkshire, as well as supporting their families. Its care includes planned stays at the hospice, emergency and symptom control care, support in people’s own homes, and in hospitals. It costs up to £9 million a year to run the hospice, with nearly 90% of the total coming from fundraising and voluntary income.

May is Martin House’s Make a Will month. Under the scheme, solicitors will draw up a simple will or pair of mirror wills, free of charge. To take part in the scheme, simply make an appointment during May with one of the participating solicitors, and complete an entitlement voucher to receive your free will. While there is no obligation to leave any money to Martin House by using this service, your gift can help. To find out more or donate, go to www.martinhouse.org.uk.