SENIOR CONCERT IS A GREAT SUCCESS 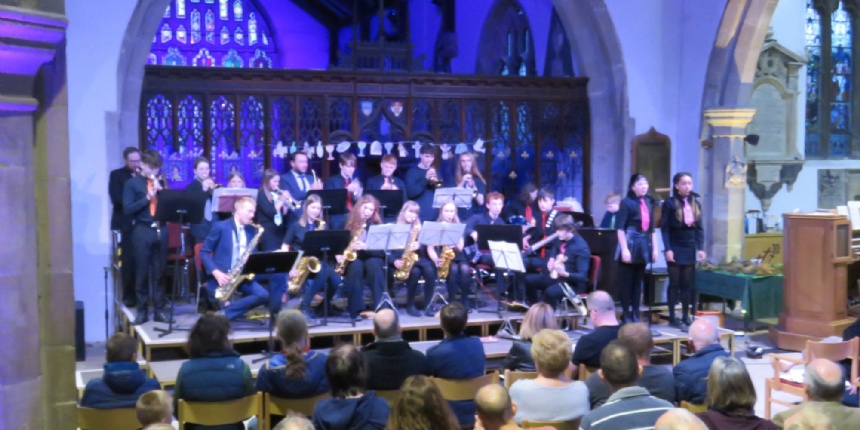 The Annual Senior Concert at Otley Parish Church was a huge success, returning to live performance with a bang!

Audiences were treated to a wide range of musical performances from soloists and ensembles across the school.

Concert Orchestra opened the evening with a duo of performances. Charlotte Reeves played the piano beautifully, followed by a moving performance from cellist Carys Bownes. A rare electric guitar jazz performance followed from Matt O'Neil before Aleksander Julianski sang a soulful Arctic Monkey's number. Daisy Wade and Lucy Chambers gave the audience a heartrending version of 'I Dreamed a Dream' from Les Misérables before Senior Choice closed the first half with music as varied as Palestrina and Frank Sinatra.

After the interval, Strings Group performed two traditional numbers, followed by two brass renditions of John William's film music with Hedwig's theme from Noah Dockar on the cornet and Asher Dawrant playing the Imperial March from Star Wars on the trombone. Mia Nabarro-Steel soared through a Schumann song before Isobel Wilks played Scott Joplin on the saxophone. GCSE student Polly Hughes led a group of Mia Nabarro-Steel and Jake McBrinn with support from teachers, performing a beautiful rendition of her own composition 'Love Will Last'. Year 13 Jake McBrinn, in his final concert, performed 'Iris' by the Goo-Goo Dolls before Jazz Band closed the concert with three cracking numbers.

In her speech, Headteacher Sally Bishop, who had joined Strings and Senior Choir in their performances, spoke about the astonishing array of talent on display and the importance of music in students' lives - both from the academic and the emotional perspective.